Two articles give different views of the battlefield that is cleantech entrepreneurship these days: one from 1000’ and the other from the trenches. They offer a good lesson on the importance of having an innovation strategy informed by history more than hyperbole.

GigaOm’s Katie Fehrenbacher writes about the quiet death of LED startup Switch, something happening a lot these days. Compare this to Eric Wesoff’s running record of the roughly 110 failed solar companies since 2009 and you get a good sense that maybe cleantech entrepreneurship is not living up to its promise.

How do you read this news? On the one hand, this is how entrepreneurship works: it’s a risky business. For every 20 failures, there’s one success… but what a success it is. When Henry Ford started the Ford Motor Company in 1903, his was one of 88 car companies were founded that same year—15 in Detroit alone. Within the year, 27 of those companies failed, and within two years 64 were gone. The same can be said of the many, now-defunct computer, software, internet, and app companies that littered those battlefields and the ones still standing. From this angle, failing cleantech ventures are a good sign that we’re on the right path. 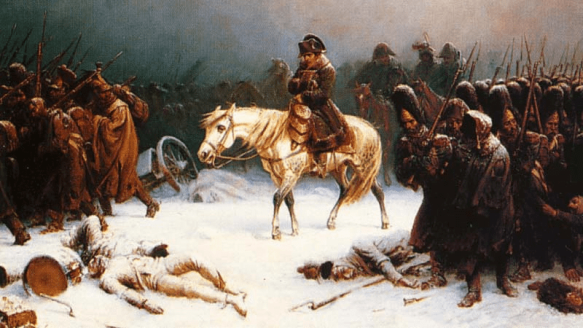 On the other hand, despite the halo surrounding venture capitalists these days they are, in many ways, like generals fighting the last war. And the entrepreneurs, their infantry.

The Silicon Valley innovation model worked well for building new companies in emerging markets—from the early days of the semiconductor, the mainframe, the minicomputer, the personal computer, databases, networks, software, internet, and smartphone apps. Sure, those platforms have gone on to disrupt old industries, but only much later and when many different elements finally came together.

It has had less success in building new companies to revolutionize old industries. In other words, launching a thousand startups won’t work as well to overthrow established markets as they did to build new ones. I’ve written before about the different challenges of innovating in a brownfield—an established market with existing scale, incumbent competitors, established supply chains, and entrenched regulations—versus innovating in a greenfield, where the first companies in get to write most of those rules themselves.

The VCs (and the policy makers who followed and at times funded them) believed that the same innovation strategy that won the Information Technology revolution would win the cleantech revolution.[1] Instead, like the generals heading into WWI, they were expecting a quick and decisve victory only to find themselves in a longer, bloodier war of attrition against deeply entrenched competitors. The headlong rush into clean tech now looks more like the guns of August.

In historical context, Ford faced a greenfield market more similar to the computer industry of the 1980s than like the energy and transportation sectors of today. He undersold the early cars on the market and still made amazing profits. Within two months of launching, he sold 215 cars and, by the end of the year, over a thousand. Four months in, he paid his investors a 2% dividend, a month later he paid out another 10%, and two months later another 20%. Within 15 months, Ford had returned in dividends the equivalent of everyone’s original investment. At the end of two years, he’d paid dividends totaled three times their investment. The same kinds of profitable growth can be said of greenfield pioneers like Microsoft and Apple in the personal computer market, Cisco and Sun, Google and Facebook.

We’ve learned that in clean tech, but now those same investors and entrepreneurs are promising to disrupt two more brownfields: agriculture and education. Hopefully they can learn something new from the last war.