For my 2016 Innovation of the Year—celebrating that innovation which most changed the game—one stood clearly in front of all others. Largely because it also stood clearly behind so many of the others: hype. Like all past IOTY winners, hyperbole wasn’t invented in 2016 but this was the year it demonstrated its truly disruptive potential.

This year Gartner’s Hype Cycle transformed from a measure of the evolutionary progress of emerging technologies into the recipe for disruption. No longer a skeptical view, it became a prescription for launching a new technologies and ventures, like following design thinking or learn-manufacturing. Forget MVP’s, conversion funnels, and scrums—where are you on your hype cycle? 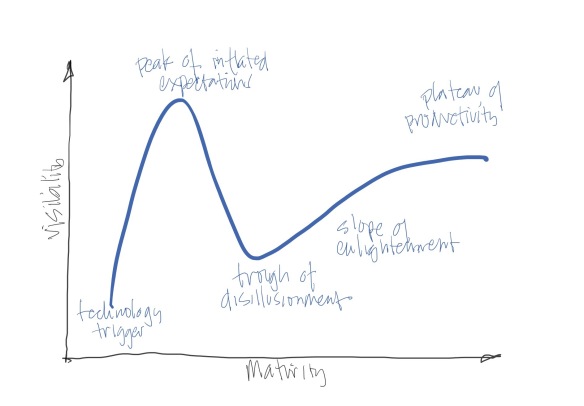 But it wasn’t hype’s legitimacy that earned it an IOTY; it was hype’s contribution this year to so many other innovations that vaulted it to the front.

This was the year that Tesla’s introduced the Model 3. Announced on March 31st, by September the company had taken in close to 500,000 reservations at $1,000 per car. That’s for a car whose design is not yet finalized, whose production will begin sometime in mid- to late–2017, and whose current delivery estimates are for mid–2018.

This was the year that autonomous vehicles were pursued by almost every major tech company (I’m looking at you Facebook). Visionaries, politicians, states, cities, and even breweries rushed to join the autonomously-driven bandwagon.Sacramento, for example, signed up to be a test site to ensure the new technology would help everyone: “… It’s about the 85-year-old man getting to his dialysis appointment. It’s about the working mother getting her kids to school on time.” Never mind those same people would, on roads, be the unwitting guinea pigs in these test sites. 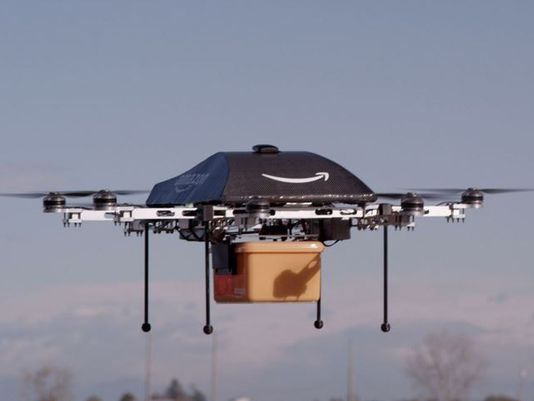 This was the year of the drone. Not the UAVs used by the military—these are decidely underhyped. Instead, it was the promise of drones for everything from delivering life-saving blood and medicine in Rwanda to tracking endangered species to filming yourself surfing, skateboarding, or just walking your dog to buying a Slurpee from 7–11. And yet my first local experience with this lifesaving technology came on Christmas morning, when a neighbor (who dropped $300 for his share of the future) asked that their son’s drone be returned from whoever’s backyard it happened to be in when it went down. 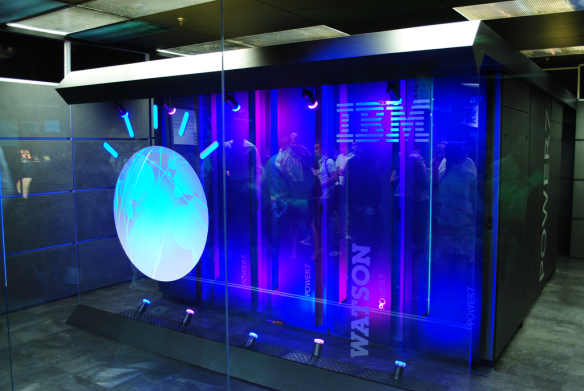 This was the year that artificial intelligence (AI for anyone who spent the year under a rock) became a meme, spawning billions in new investment with the simple promise of changing everything everywhere: curing cancer, diagnosing disease, helping the blind to see, driving cars, flying drones, and winning at Jeopardy. Despite these promises of a better tomorrow, AI is already hard at work today targeting and tailoring our individual online experiences.

It was the year of the unicorn, part deux. Fortune called 2015 the Age of the Unicorn and yet their combined valuations kept climbing in 2016 (from $520B to $595B, see $Billion dollar startups for a nice interactive chart. Convoluted cap tables and terms sheets ensured venture capitalists they could promise outsized returns without having to actually deliver profitability (or transparency, for that matter). This year, though, even the investment bankers and SEC started to worry.

It was the year that also showed us hype only works if you can keep kicking the can down the road. In 2015, Theranos was a contender for Innovation of the Year but as the company, its founder Elizabeth Holmes, its directors, and its investors discovered (see here, here, and here), as soon as you have to actually deliver, it don’t feel so good (fertility company Ovascience recently relearned this lesson). Hype is a fickle mistress.

Finally, it was the year that Facebook and what’s left of the media establishment bought and sold fake news (some examples here, here, and here)—it didn’t matter what was real so long as it held your attention, which just shows that hype has arrived.